[Updated] Denis Villeneuve’s 2021 adaptation of “Dune” was released in theatres and on HBO Max October 22 to mostly rave reviews, bringing Frank Herbert visionary science-fiction epic to millions of enthusiasts and, in the process, likely finding some new devotees.

And just in time for the scifi event of the fall, McFarlane toys has lined up some of the coolest “Dune” action figures for any spice aficionados. Like the sources material’s long lifespan – from Herbert’s first book in 1965, to David Lynch’s ill-fated 1981 adaptation, to today – these Dune action figures are likely to appeal to a range of audiences. These toys may be a perfect gift or stocking stuffer for anyone from kindergarten to 45. 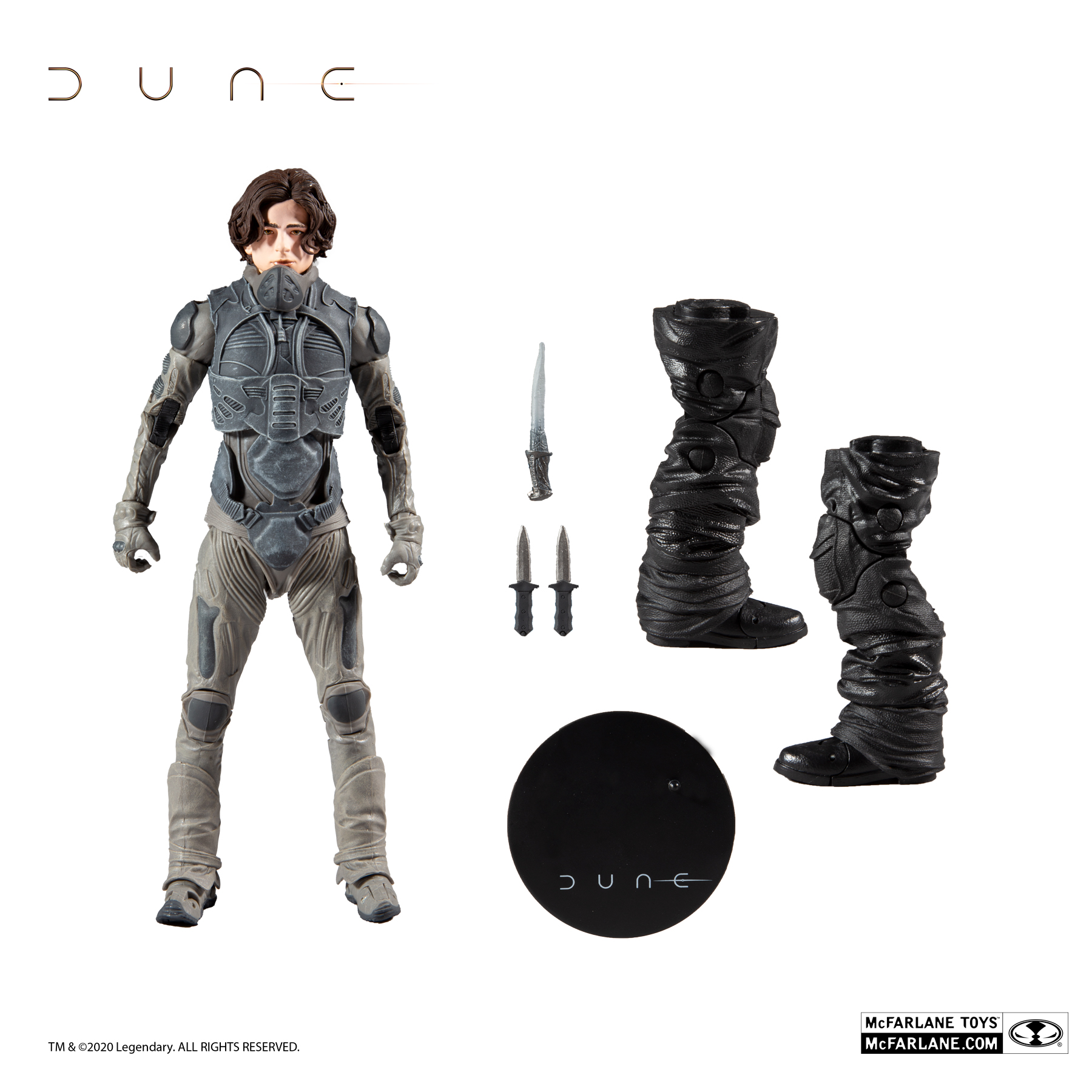 The son of a Duke born into a destiny greater than his royal title, young Paul Atreides is thrust into an epic adventure of discovery that will take him across the galaxy to a barren and inhospitable world with danger around every corner. Haunted by visions of many possible futures, Paul must conquer his fear and claim his destiny as the fate of the galaxy rests on his shoulders.

The first observation with McFarlane Toy’s Paul Atreides action figure is the realism. Meticulously detailed to a 7-inch scale, the action figure is based directly off the 2021 blockbuster. And the realism isn’t a surprise, after all; the prototype for this toy was created from photos of film star Timothee Chalamet.

The next most stunning attribute is the action figure’s articulation. The Paul Atreides action figure is designed with 22 moving parts, which means it’s just as good for play as display. It’s not just a collectible item for the shelf, but rather has a strong range of motion and flexibility. 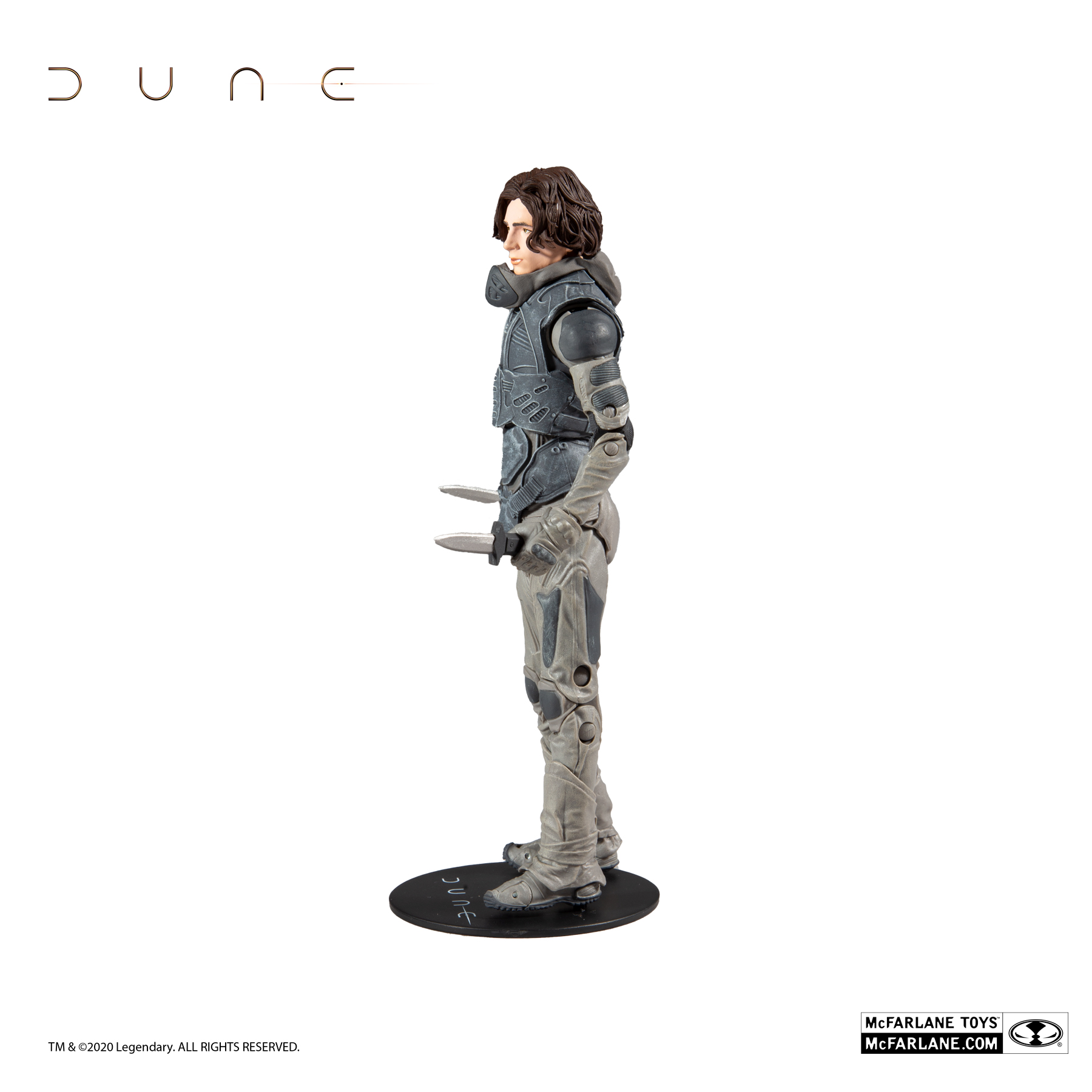 Now, we can’t forget accessories. This “Dune” action figure features Paul Atredies in a Fremen Stillsuit, which sustains life on the desert planet of Arrakis. But that’s not all – McFarlane Toys also handyman a crysknife and twin blades.

McFarlane Toys is no stranger to the collectibles industry, so they know a thing or two about packaging. That means Paul (and the other “Dune” action figures) arrive in branded boxes, complete with each House’s sigil in the lower right hand side of the package. But Paul is not alone! Collect the other Dune action figures! McFarlane also provides the following characters (sold separately):

Recommended reading (before watching the movie!)

Check back at Unique Toys Online for new and updated Gift Guides that help make your shopping easier, whether you’re looking for birthday, holiday or anniversary gifts.